during this week I've put online the new official website at https://salut-a-toi.org.

This is an important step for several reasons, let me explain.

The former site (which is currently still available at https://old.salut-a-toi.org, not sure yet how long it will stay here, but it won't be maintained anymore) was made with Django + bootstrap. It was working and not so bad, but outdated (with a really old screenshot on the front page), and it was a pain to maintain it in parallel of the work on SàT
Django is great, powerful, with a big community, but using it only for our presentation website means that we have to follow its evolution, and we have to solve issues from time to time, e.g. when we update the version. Django template engine is similar to Jinja2 that we use, but it's different enough to have to check documentation to maintain it, not a big deal, but some work that we could avoid.

By moving the website to our own Libervia framework, we stay on the exact same stack as SàT itself, so we don't have to follow other frameworks/libraries, it's easier to maintain. Also it's a good use case to test the framework, and make it evolve according to real life use case.
Furthermore, it simplifies our life for some features, like the news available at https://salut-a-toi.org/news, which is an XMPP blog. With Django we were using a iframe displaying a Libervia instance, while now we can directly show the blog.

With the new website I have added a "documentation" section. So far the documentation was mostly on the wiki, but it was not well maintained and a bit messy. Now it's inside the project itself, and written using reStructuredText which is the markup used most of time with Python project. Also we use Sphinx to render it nicely. As a result, we have a better rendered documentation, which is closer to the project (we can even use source code itself and its docstrings) so it should be up-to-date, and we can use the same source to produce things like man pages or a PDF manual.
Having to render the documentation with Sphinx, was the main reason to create our task manager in Libervia Web Framework.

The documentation is far from being complete, but I'm working on it. You can already see how to use jp for blogging or sending end-to-end encrypted message.

Now the TODO list for the release is done. What is left is debugging, writing documentation and packaging… And some rest! I'm currently in holidays so there will probably not be any progress note next week. 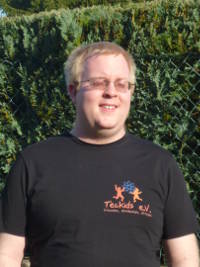 Side note: You can simply switch Django to Jinja2 with one setting.

Nik: indeed, but I would still have had to convert existing templates, and keep up-to-date with Django evolutions.